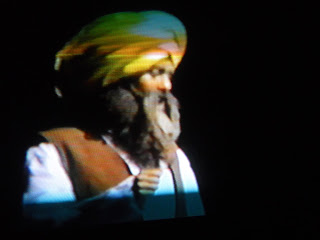 “All the world's a stage,
And all the men and women merely players: They have their exits and their entrances.”


It’s her final theatrical evening at her life’s closing, a minute reprisal of a minor role, Jacques in Shakespeare’s “As You Like It.”  The part launched her career…
As a girl with long blonde hair back then, and her character requiring “strange suits,” she wore a saffron turban and a Sikh costume including a knife and a brown wool beard.  She had darkened her face and spoke a studied Pakistani accent.  Everyone at her high school thought she was a male exchange student from India…

This evening is a tribute, and the theatre clamors with adoring fans.  The orchestra flourishes a theme, and as she shuffles escorted across the stage, she in her thought is still the mewling infant, the shining acting student, the lover smitten by manly eyebrows, and the warrior apprehending that quarry of film success.  When sparkle and strength diminished, she mentored young actors until her health failed. And now,


The audience erupts again when she turns and bows her head.  Flowers land at her feet and someone carries up an armful of roses.  A chair is brought.  Her undisguised tears flow.  She once believed an obscure grave would be her end, but their love for her tonight utterly refuted “sans everything.” 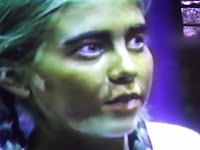